2 years ago, I bought a DOL-Fin X-20 from SmithAerospace looking for a comfortable monofin (but also mainly out of curiosity for that new concept). I made several posts about it in the past but now, 2 years later, I would like to make a short final report about it.

Concerning comfort, no doubt about it because I participated to the "CAP24Apnea challenge" last year meaning 4 times 2hours of 50m DYN series in one row (with 4hours rest in between^^) totalling more than 10km and my feet were just fine. It was not really the case for the other freedivers wearing Glide-fin for instance :-). Concerning efficiency, have a look at the two video's hereunder that compare the X-20 to an hyperfin (stiffness nr. 2, angle of ca. 28deg from Starfins). These video were made at about the same time, meaning that I had very little training with the fins before the video shooting.

Besides the numbers, and as a general feeling, the X-20 thrust is working well but the ratio "force supplied to the fin to thrust obtained" is much smaller with the hyperfin and the "glide feeling" is much higher according to me. Dominique Jacquemin, a 20 years experienced freediver (including about 10 years with a glide-fin) had the same feeling and actually sold his X-20 after 6 months, to go back to his Glide-Fin.

Last but not least, the X-20 has the big disadvantage not to have any buoyancy. As a consequence I was not able to maintain an hydrodynamic position during free falling in constant weight. Ron Smith is actually proposing to add buoyancy to the X-20 by adding himself pieces of wood (but with 200 extra USD-exclusive shipping cost back and forward-, I found it too much for a trial). This year, the DOL-Fin Orca Mk-2 came out. This is probably the response to the issues mentioned above but because it is three times the price of an hyperfin, my sense of curiosity was quite diminished :D.

Indeed, I'm really enjoying my Starfins, a true piece of art, beautiful, soft...Great job from Alex Lichenko! I could not believe Eric Van Riet Paap when he told me that he was almost in love with his Starfins...I start to believe now :D.

Well, this is it. A simple report from a simple non-competitive freediver but hopefully this helps. In any case, don't hesitate to contact me if you have any question;-). 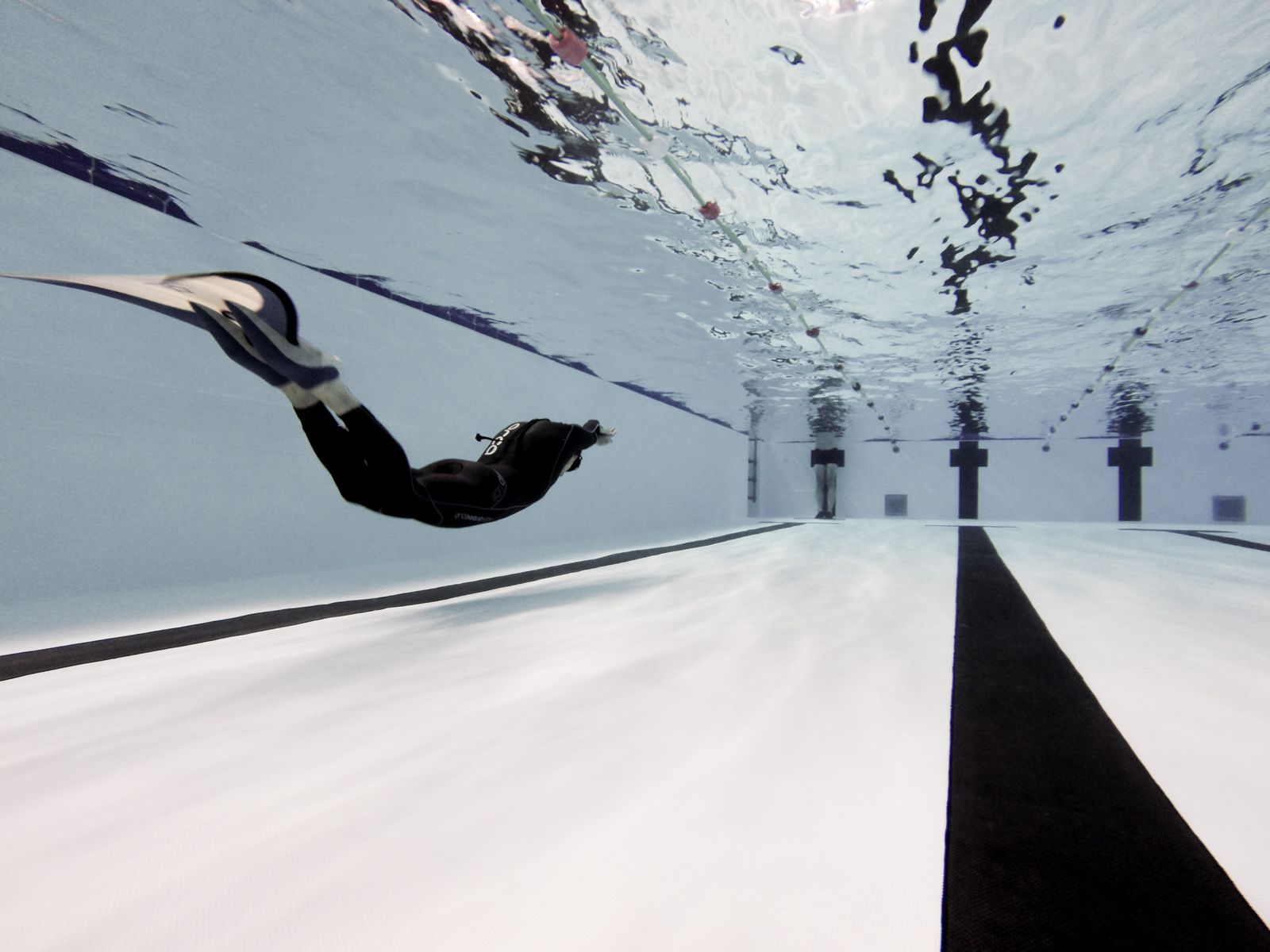 Tag(s) : #X-20, #hyperfin
-45m à Dahab...comme si vous y étiez!
Stage d'équilibration avec Andrea Zuccari à Bruxelles!
Commenter cet article
R
Ron
30/12/2014 17:02
The Orca Mk-2 includes buoyancy to create stability in freefall and also has streamlining to increase the monofin's performance to hyperfin levels. The models that use bike shoes, like the X-20, are more of a recreational freediving design. As such, it should probably be compared to something commonly used for recreational diving, like a SpecialFins flyer style monofin, instead of a StarFins hyperfin. The Orca Mk-2 will compare well against the hyperfin style monofins, with the added benefits of durability, adjustable fit, modular design for easy transportation, etc....
Répondre
S
sandra
27/12/2014 14:21
May I add the X-20 is quite dangerous for the freedivers swimming on the adjacent cable (experience of NEMO where two people were using it... stressful !) :) Beautiful picture with your new Starfin.
Répondre
U
Universal Freedivers
28/12/2014 10:01
About the &quot;danger&quot;, you are right...but a classical monofin can hurt too ;-).<br /> Thanks for the picture :D, indeed my best swimming pool picture ever! Thanks Cédric-Bluside!