I met Pieter van de Velde during summer last year. He was looking for an AIDA2 training and I was happy to have one more motivated student :-). A few months later, he was looking for buddies to have a first experience with spearfishing in Santa Maria, Cabo Verde where he has already some connexions. He tought first of his training buddy, Jeroen Van Haudt and then of me, as freediving instructor, to join. I helped completing the group by asking Fabrice Lampin, a freediver and spearfishing instructor that I met some months before, to join...Very nice timing for everybody :D.

Unfortunately, by the time of the trip, Jeroen could finally not join. He was "replaced" by Laura Muls, a friend of Pieter who could make it in such a short notice.

And the first week of last March, the journey began... 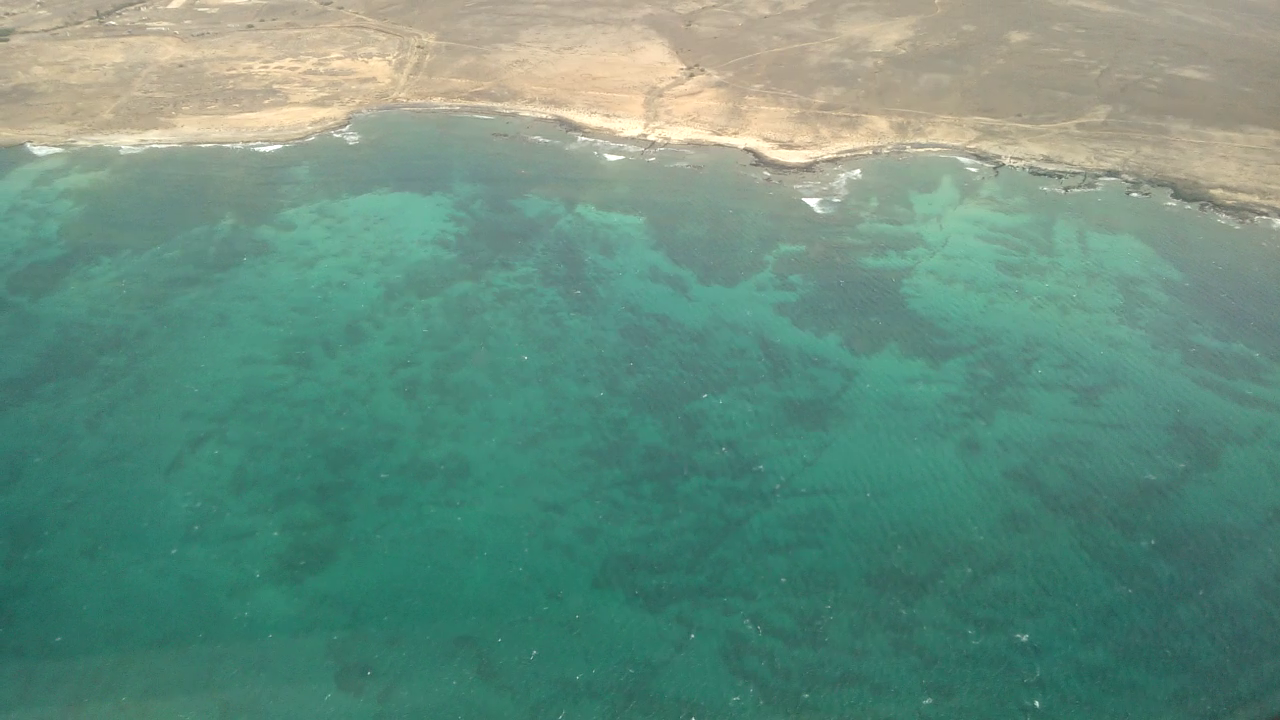 Island of Sal coast...Almost there!

After arriving to Pieter's appartment and have our stuff a bit arranged, our first task was to find local contacts to do what we were here for...freediving/spearfishing :-).

Pieter received already a tip concering the daily arrival of local fishers at the pontoon around noon. In the meantime, we visited pretty much all local diving centers and we had some "plan B" if the pontoon lead won't work out...

Noon, we head for the pontoon... 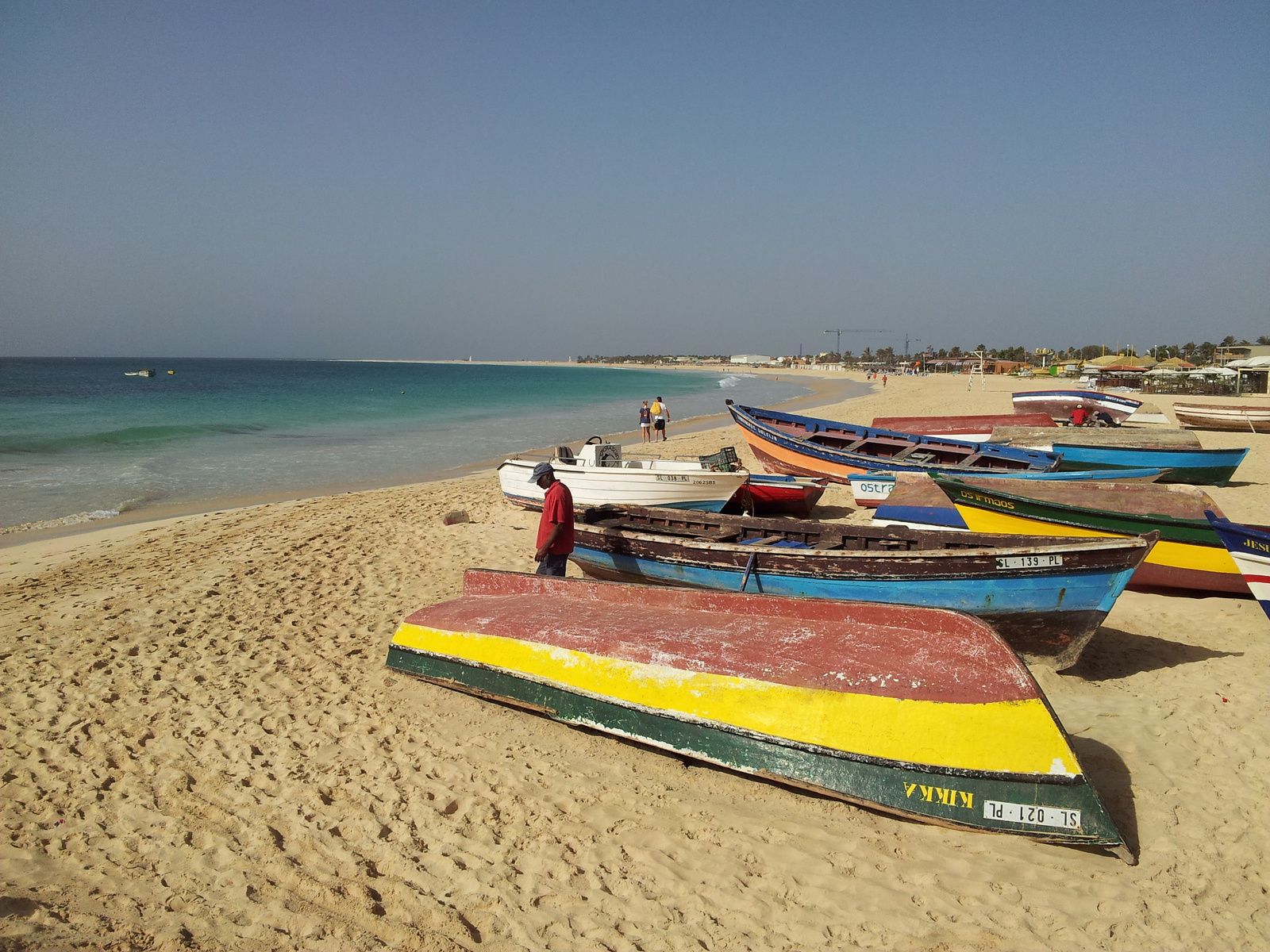 This was also the opportunity to see the kind of fish that we could hunt here... ...and then a boat arrived with 2 people and we saw...spearguns :-). .First contact was quite funny because I was expecting a local to speak Portugues or English...but actually we spoke Italian :D. That was kind of a funny situation but, at the end, we had 2 local spearfishermen with a boat ready to take us for a week! That was the best situation! Only one disadvantage...meeting time is 6.00am, in order to leave shore with the sunset :-). Very first contact with Joao Boaventura. Our guide for this week :D Our boat! (Photo by Laura Muls).

First days, the sea was not that gentle..I had some hard times on the boat :-)...the days after Pieter and Fabrice kindly joined me in this situation :-) because it was quite windy, so that we decided at the end to search for places protected from the wind. Our first experience was on a ship wreck around 10m diep. Lots of fish and a lazy turtle :-). I started easy just freediving, taking pictures, filming my buddies while Joao was actually working;-). Joao working while we are having fun ;-). The next days, we keep on diving in less windy places and everybody was happier :D. I also finally took a speargun with me and I got my first fish, a red parrotfish. After killing my first fish, I had some mixed feelings and I did not get the point of killing another one that day. The next days, I took more fishes together with Pieter and Fabrice but, we took only what we could eat and we share the rest with Joao and his family. Actually I was enjoying helping Joao with his work :-). Pieter and me...Happy to be there :D (Photo by Fabrice Lampin). Me and my first (delicious by the way) fish ! (Photo by Pieter Van de Velde).

In the meantime, Laura was making new friends :-). And (almost) every evening we could enjoy our fishes on the BBQ or fried...There were all delicious with a special mention for the Garoupa (the best to me!). I think that it is impossible to be more fair trade than that :D. Garoupa is the next-to-the-last from the bottom. Next to the fishing, we had also very good food from a local italian shop that imports their products directly from Italy...I can tell ;-). Italians are actually numerous on the island. Then I understood why locals speak Italian instead of English for instance.

Last but not least, we also discover a very nice "place to be" on the evening, namely the Ocean Café where we could enjoy cocktails and pop-corn while listening to live music!

In summary, this was a very interesting experience, and I would like to thank Pieter one more time for that! I will remain a freediver but I could become an occasional spearfisher :-). It is all about being Universal :D.